The end of post-it notes

August was unusual. For the first time four in years I didn’t travel overseas. Instead I indulged in some of my favorite summer past times – gentle hikes and long meandering bike rides.

The thing I like the most about moving along on two legs or wheels is that after short while I end up with not a lot on my mind. The repetitive movement of walking or cycling is a lullaby for my mind.

Whatever I’ll be ruminating on goes quiet and I begin to notice details along the path that I would have overlooked, had I carried on following trains of thought in my head.

Best of all. When I arrive home and return to whatever project I’m working on I’ll be re-inspired with fresh ideas.

It hasn’t always been this way. Before understanding how the mind works I dabbled with positive thinking. When faced with a project or challenge I used to try to rev up my motivation by thinking positive thoughts such as; ‘Life happens with ease and grace’ and ‘Inspiration comes to me easily’.

The logic of positive thinking made sense to me. But it always felt like I was trying to fool myself, and it was an effort to it keep up.

Now I don’t bother trying to think positively. I allow inspiration and wisdom to come to me when it does. Which it always does. Because inspired thought arrives at the time it’s needed. Not before and not after.

I recently shared this understanding with a client who was bemoaning the fact that after five years of positive thinking, and emptying his bank account out for multiple treatments, his fibromyalgia was as painful as ever.

He’d stuck post-it notes scribbled with positive thoughts on his bathroom mirror, car dashboard and fridge. In his bedroom, laundry room and office.

I am healthy and happy. I am full of energy. I am loved and full of joy. My body is radiant with health. On and on.

Frustrated and weary he asked me what I thought he should do.

I steer away from giving advice. But on this occasion the timing seemed ripe. I sensed he was ready to see something new.

His eyes widened. He was convinced that positive thinking was essential to getting well.

If you’ve spent any time near self help and personal growth you too have likely come across the idea that positive thoughts guarantee the road to health, happiness and success.

So I shared a little story about how positive thinking, as a technique, only creates suffering because it generates a misunderstanding about how health and wellbeing really happen. 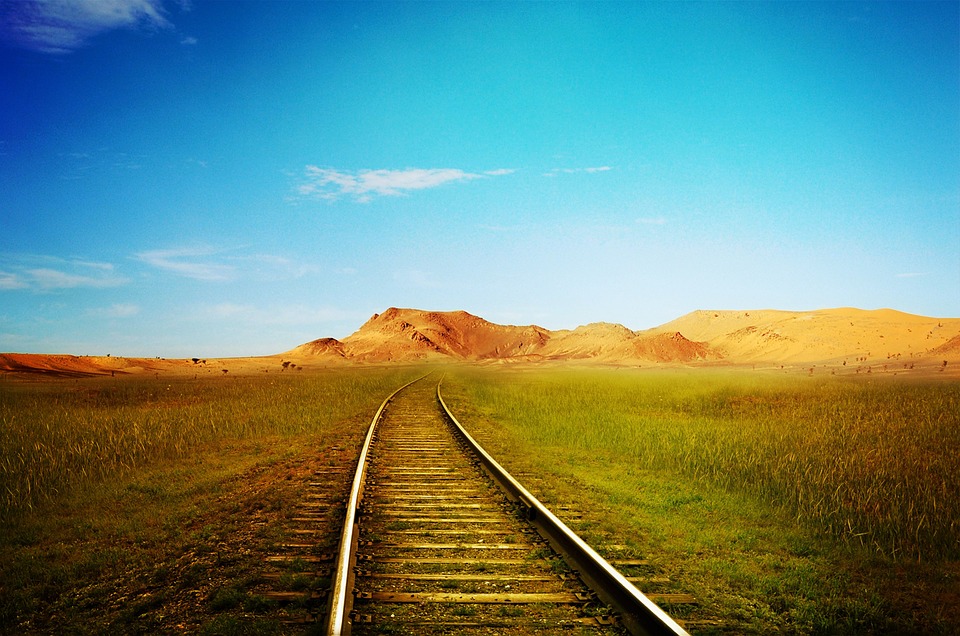 Imagine you’re standing on a platform at a train station. You hear the rumble of an approaching train. Before you see it you smell it’s engine fumes. The fumes are unpleasant and you begin to cough. As the train comes into view you see the destination of the train written across the top of the engine. It says ‘My life is a mess.’

The train screeches as it’s brakes are applied and it comes to a stop in front of you.

Would you want to board the train, pay for a ticket and end up at the destination ‘My life is a mess?’ My guess is not. But this is what happens when you try to cover over a negative thought with a positive one. Because whenever you judge a thought as bad you feed the thought with your judgment.

Trying to negate a negative train of thought by conjuring up a positive one is equivalent to boarding the negative train and buying a ticket to its destination.

You might take a more scenic route. Things might to improve for a while. But eventually you’ll end up at an unwanted destination. Feeling unsatisfied, unfulfilled and no better off.

My client went silent. “So if trying to make my negative thoughts go away with positive thoughts isn’t helping, how do I get better? Other people heal, why can’t I?”

“Let’s go back to the train station.” I said.

Imagine you’re standing at the same platform. Only now you’ve learned that there’s no point in judging trains of thought or trying to fill the tracks with trains of positive thought.

So when a train arrives, whether you regard it as negative or positive, you simply let it go by.

And as you stand on the platform you begin to hear something you hadn’t heard before. You notice that between the trains there’s silence. And the more you let the trains go by, the more you feel drawn into the silence that was there all along but you didn’t hear. Because you were busy judging trains of thought or trying to generate positive ones.

You then notice that listening to the silence is very soothing.

The whispers begin to get louder. It’s as though a voice is speaking to you from beyond the train station. Gently but clearly offering you fresh ideas about what to do, and what not to do.

Filled with calm and confidence, because you now know where to find this delicious silence that whispers wisdom to you. You set off in the direction of your newly inspired thinking full of expectation and a sense of adventure.

I don’t know if my client took down his post it notes. But I do know that the next time I met with him he looked brighter. He said he’d had two dreams that told him to listen  to his body. And when he did he felt an inner knowing to give up the latest diet cure he’d been trying (that wasn’t working).

It’s early days. But I’d buy a ticket on the train he’s now traveling on to reach his desired destination of a healthy body and a fulfilled life.

The next time you find yourself going round in circles or stuck at an undesirable destination. Step off the train of thought you’ve been buying into. Allow your mind to go quiet. And listen to the whispers of inspired thought that flow from the place where miracles come from and everything is possible.

If you feel you’re headed in the wrong direction, missing vital clues to your wellbeing and life direction. I’d love to hear from you. Click here and we can have an informal chat about how to unlock your potential.

Share this post:
« How to change the world with one simple thought    |    How to turn failures into winning moments »