The bomb my father dropped

Today’s Heart Notes was inspired by my father who taught me about the power of compassion to heal all of the ways human beings are divided, so that we become a loving whole. 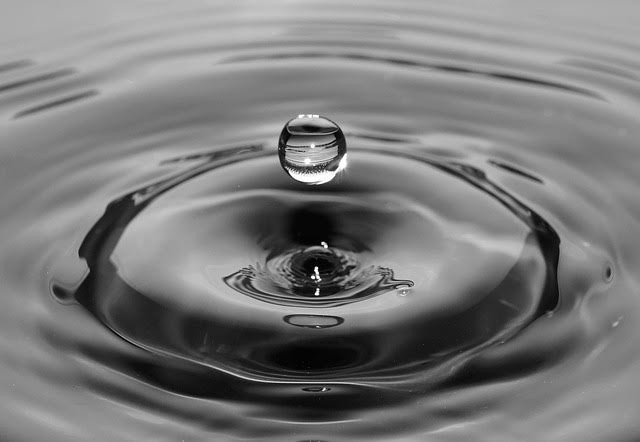 He’d eaten his last spoonful of dessert. My step mother was in the kitchen clearing dishes. It was time for the conversation I’d planned for.

Instantly my heart rate ramped up.

Conversation between us was still a shaky occurrence. The norm in my family had been silence; cold and tense. It was just one of the ways my father asserted his authority.

I was about to announce that I’d decided to resign from a steady, well paid job, to take temporary employment at a non profit organization and embark on professional training as an energy healer.

My body braced itself. This was not a conversation I anticipated going well. He was a rational, conservatively minded scientist who ridiculed anything ‘alternative’ or unscientific.

The idea that life energy could be harnessed to heal the mind and body was definitely outside his radar screen. I expected to be in trouble.

An uncharacteristic response
It took me four minutes or so to share my news. I tried not to be apologetic or defensive but some of that crept in as I spoke. I was dodging the bullets that surely would come because he was quick to shoot down anything he disapproved of.

But when I finished my last sentence I noticed there was a strange cease fire. My father hadn’t said a word. He had listened without interrupting.

I was surprised, and relieved. And then the floor opened up.

Instead of accusing me of being irresponsible he turned to me and said “Well I have some news for you, too. I’ve got cancer and have only a few weeks left to live”.

He’d been diagnosed with end stage stomach cancer. In a few days he was to have radical surgery and his physician had advised him to take care of his affairs because his chance of his survival was minimal.

My head began to spin. I’d grown up mostly in fear of my father. I loved the times he’d carry me on his shoulders and later, when I was older, patiently helped me with my physics homework. But I’d hated his sometimes cruel and domineering behavior.

Earlier that year I’d confronted him about his abuse and he’d surprised me with an admission of wrong doing. We had just begun to walk a new road of healing our relationship. What was I to do with this news?

And then came the bomb

My father’s declaration of his likely death barely had a chance to sink in because he carried on talking.

He told me how he’d spent thirty years of his life designing, testing, refining and installing nuclear warheads on deadly missiles. How his entire professional life had been dedicated to mastering the science of atomic energy for the purpose of killing.

And how, because his work was classified under the official secrets act, he’d kept his career hidden.

I was stunned. Just like the cancer, I was hearing this for the first time. I’d grown up aware that his work involved submarines but that was about it.

Then, as he kept talking, it was as though we were transported to a higher plane.

He became poetic as he described his love and appreciation of energy. He spoke of the infinite and extra-ordinary power that raw energy holds.

I couldn’t take in his understanding of nuclear physics, but I didn’t need to.

I received an invisible message.

His understanding of energy as a potential force to destroy life was translated deep in my cells. It activated my calling to become a healer; to preserve and make life sacred.

Quietly, as his secret unraveled his words became a confession. He wept silently. He poured out his shame. How he’d loved his work, loved his brilliant mind; but had burdened his heart by using his gifts for the purpose of building killing machines.

I listened with rapt attention and my heart opened to his. The man I’d known as unyielding and controlling melted in front of me. He became like a young fragile bird that could be crushed with the brush of a hand.

Words then flowed from my heart about my awakening; about my ability to sense and engage with pure life energy to heal the body, mind and spirit. About my desire to use the knowledge of love to make a difference in the world. It was the perfect anti-dote to his shame.

In our tender timeless exchange our spiritual sight had opened up. We saw each other as perfect reflections of each other. No longer father, daughter, killer, healer; we were one movement of life becoming whole.

In this heightened state of awareness I ‘saw’ his higher soul self pass a baton, like in a relay race, to my higher self. His legacy was passed to me. My soul mission became clear. I was to redeem the karmic debt.

The seven year miracle
That my father survived another seven years was remarkable and is a story worth telling in itself, but the point for now is this:

In our world where conflict is ever more present; in our workplaces, dance halls, churches and schools. Healing begins not by closing our hearts. Not by pointing the finger at the so called enemy ‘out there’.

This conversation with my father brought home to me that human beings are highly complex. We have shadow and we have light. We are kind and mean, magnificent and stupid. And when we embrace all opposites in ourselves, we marry the darkness with the light and we heal; and then we see each other as precious reflections of each other, not separate but as One.

Let’s sit together and bring those difficult conversations to the table.

Let’s listen to each other with our heart, not our fear.

Let’s allow the energy of compassion to flow from your heart to mine, and from my heart to yours.

Let’s dissolve the barriers within us and without us for our combined heart to reveal and illuminate the pathway to a new world.