How To Succeed With Ease 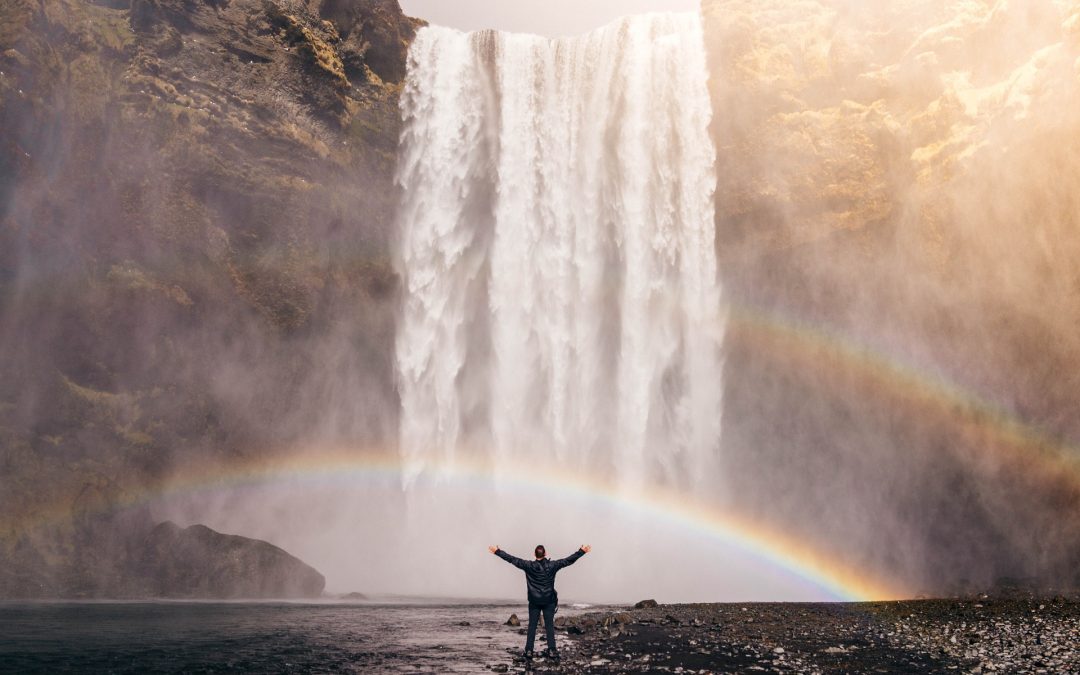 In spiritual and self development circles the notion that we have unlimited potential to create what we want is common.

If it’s true we’d all create the life we love and that would be the happy end of the story.

So let’s test this. How do we turn infinite potential to create anything into the thing we want to create?

I thought I’d illustrate with an example from a client.

My client was down in the dumps. He was unhappy with his weight and, based on medical tests, afraid he was headed towards diabetes.

Like many clients who come to me for coaching he wasn’t familiar with the understanding I teach. He believed, like we all do until we don’t, that external circumstances, in this case his body, was the cause of his happiness or unhappiness.

He expected our conversations would focus on weight loss goals, calorie counting and changing his beliefs. So was somewhat taken aback when I said that we weren’t going to focus on his eating habits, instead we were going to explore where his experience came from.

As starting point I asked; “If you had the choice of drinking water that nourished your brain, moderated your eating and regulated your blood sugar to healthy levels. Would you choose to drink water sourced downstream contaminated with toxins or seek the source of the river where it emerges pure and clean?

Naturally he said he would want pure, clean water.

Good answer! He was on board, we were off to a good start. Instead of trying to fix eating habits he’d tried to fix before and failed, or trawl through childhood memories for origins of comfort eating (all downstream) we turned upstream to the source.

What is this source I’m talking about? His true self. Consciousness. The source of pure, inspired, good for us thoughts that align our behavior with our heart and our good.

So how do we travel upstream to the source?

I introduced my client to the notion that he was under no obligation to believe thoughts (his own or his doctors) about his body weight, health or eating habits.

This idea was new to him. It’s new to all of us at some level until we wake up.

We’re trained from birth to believe our thoughts. We’re rarely encouraged, at least as children, to question thoughts.

Our personal mind is thought generating factory. It works in a predictable way. A thought + our belief in our thought generates feelings and behavior that match the thought.

The thought equation for “I’m addicted to sugar” plays out like this:

“I’m addicted to sugar” thought + our belief in the thought = feelings (and biochemistry) of craving = sugar eating behavior. Thus, we end up living downstream facing the consequences of unhelpful behavior.

Thankfully the predictable mechanism or our personal mind points to the solution.

The moment we begin to question our thoughts, a smidgen of suspicion will do it, we begin to pivot and move upstream to drink from pure Consciousness.

The thought equation then begins to look like this:

“I’m addicted to sugar” thought + little or no interest in the thought = thought loses its sway = habitual behavior weakens = personal mind opens to fresh insightful thoughts = new behavior aligned with our heart occurs all by itself.

Enough of the math lesson. Let’s see how things played out for my client.

About four months later much had changed. He was getting along better with his co-workers, was more relaxed and productive and took the stairs rather than the elevator at the office – no willpower needed. This all simply began to happen by itself.

Another month on we still hadn’t talked much about his eating but out the blue he announced he’d given up binging on junk food. Just like that. No fanfare. No will power. No calorie counting. No guilt tripping. He simply found himself driving home one day and the thought popped into his head to stop and get groceries to cook a simple dinner. He stopped, shopped, cooked and ate. He’s still doing well. He has occasional off day’s when he slips back into old habits but he’s losing weight and feeling better.

His mind cleared. Consciousness bubbled up fresh thinking that is an expression of Love and his behavior is followed suit.
Now he truly is loving his body. Not as a strategy or goal but as a natural consequence of understanding who he really is. Pure Consciousness.

This is an example of what I mean when I say that waking up to our true self allows for change and transformation to happen with ease.

The ease for my client is not that he sat on his couch and did nothing. He get’s on with life and stays in an awakening conversation, with me, himself and Life and pays attention.

Pure Consciousness is waking up in the midst of his personal mind. Thoughts and habits that don’t align with his heart are being washed away. Leaving space and opportunity for fresh insightful creative healing thoughts and behavior to arise.

If you’re up and running with a new years resolution, or tempted to make goals. Turn upstream. Seek your true self first. Allow your thoughts and actions to align with your heart. Our heart always knows what’s for our good.